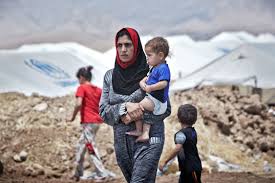 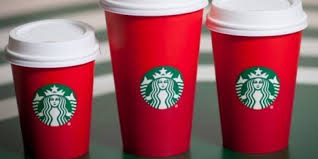 I can’t believe I am about to say the following: “I miss the Facebook days of duck face selfies, cat vine videos, and numerous other “statuses” that were mindless and somewhat funny. I know they are still there but they are harder to spot these days. And to be clear,  I am fully aware of awesome power that is at our finger tips which is social media. It gives a voice (digital letters) to the voiceless (digital letterless). It serves as a place for people to lovingly dialog and share their personal view points and perspectives on everything from the weather to their pets to their sports teams and even world events. Even on things like plastic red colored cups and the fate of millions of refugees.

While I just complained about Facebook I must also admit that it is a fascinating window into the minds and hearts of many people. As a pastor the one thing I always try to do is simply pay attention. Pay attention to the hurts in people’s lives. The joys they celebrate. The fears, temptations, and trials they  express. With all of these things, my response as a pastor is to then call attention. To help align their situations and dispositions with the will of the Father. To help them bring their frustrations and/or inquiries to the feet of Christ and simply ask, “What now Jesus?” To join them in looking through the Scriptures and desperately plead, “Holy Spirit! Guide us and help us navigate these rough waters!”

I’ve been paying attention these last few weeks to news feeds, twitter feeds, and all things media. I’ve noticed a few things that I am absolutely positive you have noticed as well. For example: There was a lot of frustration and uproar over red “anti-Christmas”  Starbucks cups by virtually no one (save a few). And then there were people mad at those who were mad about the red “anti-Christmas” cups which was really no one. This confusing mind game that played out via social media also revealed something else: What Christians really believe is important.

Multitudes of Christians coming on Facebook were exclaiming what really matters because of the supposed Starbucks outrage. “Matthew 25! House the homeless! Clothe the naked! Feed the hungry! Share the gospel!” These and many like it were exclamations made by Christians who in an uproar over the seemingly, albeit confusing, scenario playing out that Christians were mad about red cups.

No less than a week later social media is in an uproar again. Many of these very same people, celebrities, groups, Christian artists, christian leaders and so on were now exclaiming how we must refuse asylum to refugees amidst the global crisis that is ISIS. Or that we should be selective in our process and only take in Christian refugees.

Am I the only one who sees a paradox here? On one day… we refine our Christian priorities like there is no tomorrow, as a response to invisible people mad about red cups. In the same week when tragedy hits (in multiple places, not just Paris) and the issue of refugee asylum comes to the fore and we completely forget what we just affirmed in regards to what Christians believe to be priority.

What was, “Matthew 25! House the homeless! Clothe the naked! Feed the hungry! Share the gospel!” descended into “Close all borders! We’re scared! Say no to those who are being murdered, raped, tortured, persecuted, oppressed, and so on.” Why? Because it might involve r-i-s-k. There may be danger involved in helping, housing, and receiving the displaced, the refugee, and the religiously diverse. Welcome to Christianity. And all this time some of us thought it was a domesticated comfortable club that makes us feel good. C’mon now. Jesus died for something much more meaningful and beautiful than that.

And so, a few things to ponder…

We can’t forget that we are pilgrims, sojourners, aliens, and strangers in a foreign land.

Allow me to explain. We, as in followers of Jesus, are not United States citizens first. We are citizens of a different Kingdom. Members of the Kingdom of God who happened to be citizens in the country of the United States. A nation in which I love and appreciate and am thankful for. But we are immersed into this physical space and time to usher in a different society. Not through legislation, not through voting, not through hash tags, not through rants, and definitely not through societal accommodation (Christmas not xmas, reindeer not blank red, etc). We usher in this supernatural Kingdom through marginal operation (helping the misfits, unwanted, lower class, and any and all in the margins of our society). In other words, we the church, exist on the front lines doing the unpopular, standing up for the hurting, dying, suffering. Why? Because that is our identity.

So if this society wants to do away with expressions of Christmas, or become ultra politically correct, the body of Christ shouldn’t lose sleep over it. Our identity is not wrapped up in the trajectory of this society, country, or culture. When it comes to what moves us, what drives us, what impacts us–it should never be the things of this world but only the heart of the Father.  Peter says it perfectly regarding our present state as Christians in the world:

1 Peter 1:17 Since you call on a Father who judges each person’s work impartially, live out your time as foreigners here in reverent fear. NIV

1 Peter 2:11 Dear friends, since you are immigrants and strangers in the world, I urge that you avoid worldly desires that wage war against your lives. CEB

And so, its important to remember that at our very base and core, we know our identity as members of a different Kingdom. If we get this wrong then the lens we see our world through will be tainted, disfigured, and confused.

Being a Christian means we embrace risk and do not fear death.

One of the biggest reasons being thrown around for closing our borders and rejecting Syrian and Iraqi refugees is because it is a “Trojan Horse” tactic of ISIS or ISIL. Heres the reality:they are probably right. It very likely could be. Because of the supposed risk does that mean that we as Christians advocate that the hungry, dying, suffering, raped, oppressed, stay within their borders? Of course not! Risk is part of the reality we live with. Your life is not your own. Your safety went out the window when you chose to follow Jesus. You are a lamb among wolves. You are a stranger in a foreign land pointing the way to the hope of Christ.

As a citizen of the United States, I get the rationale. I get what “should” happen. I understand the State is not the church and the country has certain responsibilities to protect its own. But remember, we as followers of Jesus are members of a different Kingdom. And so our energy is going to be geared towards the redemptive and the gospel. Things like, “Bring them here so we can serve them, share with them, and help them. Clothe them, visit them, give them value. Protect them. Empower them.” Yes screen them. Yes do everything you can to ensure there is no ulterior agenda. I am not advocating mindless and naive actions. But by all means, as much as possible, let us be people who open our arms wide even if it would cost us our life or be a risk. Is that not what Christ did? Should we refuse to house the homeless, feed all the hungry, or any other act of love and justice because they could rob us, hurt us, or deceive us? Of course not. With wisdom we continue to serve and love but we ought to never refuse because of risk.

Lest we forget, our very Lord and Savior Jesus was a refugee. Yes, God was a refugee. Check out Matthew 2. So perhaps we could say, “rejecting the marginalized, the refugee, the displaced would be rejecting Christ.”

Lastly, the church, Christian culture, humanity, has made it extremely easy to “help” others. With everything from hashtags, to profile pics, to writing checks–we may have handicapped the church’s creativity and imagination of how to bring the Kingdom of God here and now. Could it be that this is our finest hour? That the state of the U.S., the world, necessitates the church to rise up? To remove the shackles? The lethargy? The comfort?

As some have said, this is this generation’s “holocaust.” Look at the articles. Talk to people from the middle of this refugee crisis. Lets open our eyes and hearts and put faces with the term “refugees.” Whether they be Christian or Muslim or any other religion or even ethnicity. Whether they are from Syria, Somalia, Algeria, Turkey, or any other country. They are people. They are families. They are marriages. They are children, elderly, and helpless. 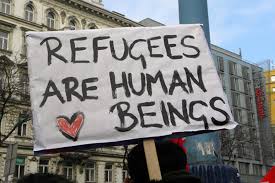 When we can better empathize with these individuals, getting creative in how we assist them (or anyone for that matter) gets much easier. For instance, I know a family that is welcoming a student from one of these countries on a student visa who is going to go to a local college. They are rescuing her from the war torn region and giving her a roof and future. Why? Because their heart is broken for this girl and her situation in Damascus, Syria. I have a dear friend on the ground working hard to bring the gospel into war torn Syria who is researching on how our church can  creatively help, serve, and turn the tide of hate and violence. The second I get wind of practical ways we can get involved (for us as HighMillers and others outside of the church I lead) I will bring it right here.

I understand. This issue is/ can be complicated for Christians living in the U.S. There are some amazing articles out there about this topic. Be well read. Think critically. Pray before you think/type. I want to encourage you. No matter the topic, take a look at how you are arriving at your decisions and dispositions.

As a follower of Jesus cling to Scripture and the guidance of his Spirit. Isn’t that what the church has always done? We are the redeemed who by the power of Christ redeem others. The rescued becoming the rescuers. Enacting the story of Christ: He reached out to serve us…we reach out to serve and love others…even if they are refugees, Muslims, enemies, or any other label.

If you love those who love you, what reward will you get? Are not even the tax collectors doing that? And if you greet only your own people, what are you doing more than others? Do not even pagans do that? Be perfect, therefore, as your heavenly Father is perfect. Mat 5:46-48 NIV