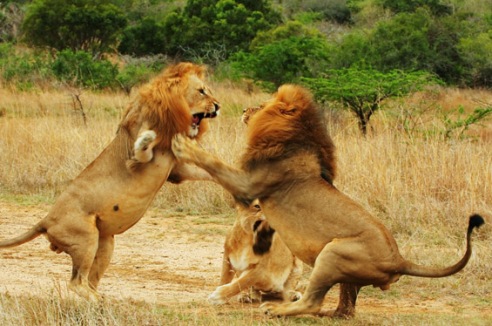 Recently our city newspaper put out a “Best of the Best” award where they voted on the best restaurants, shopping venues, and yes even places to worship. Well, someone had to respond to such a foolish and asinine reward. I wrote a letter to the Newspaper and surprisingly they published it. I will leave it below:

The Repository recently handed out a voter-led “Best of the Best Award” in an area that ought to be free of competition. If we could name one plague that has decimated the unity of the church, it has been the gross adaptation of the church being turned into a business. Something we market, brand, and compete in. Something Jesus never desired. In fact, he hoped for the opposite.

What began as a beautiful expression of unity under One Lord has digressed to divisions, denominations, and subtle competition. While many of us as pastors are working hard to repair the breaches and bring inter-denominational unity as well as an inter-faith dialogue, it doesn’t help having a newspaper give an award for “Best Place to Worship 2016.” If you truly desire to unify this city, you ought to remember to work with those who have this same desire, not against them. Such an award deepens the plague of division and stigma — a stigma that some churches aren’t good enough, techy enough, and frankly not professional enough. Not to mention the other faith traditions in our city that are slighted by this award and its exclusiveness.

The essence of this “award” is foreign to the Scriptures we read and are formed by. Jesus never mandated that his followers gather and produce some neat, pristine, finished product whereby they could win some asinine award. We are Christ-following misfits who gather together. To the best of our imperfect ability we seek to project the salt and light of Christ as we gather and live. The “excellence” in which we do so is not business-oriented. It is oriented in our faithfulness to ancient Christian orthodoxy as followers of Jesus.

As a pastor of a church, if I were to receive such an award, elation and excitement would be the furthest thing from my mind; Rather, repentance, anger, and frustration. I would then seek to redirect my city’s newspaper to a more helpful effort: How to unify the worshiping community of our city; not divide it with foolish awards or man-made accolades. As a pastor, I certainly would not promote such a foolish award in fear of being antithetical to the desires of Christ for His church.

Lets challenge those that would pit one church against the other. Whether it be parishioners speaking of what place has better “this or that” or Pastors who boast about their church as though it were theirs. And even our media outlets.

Let us work for unity and nothing else. That is the desire of Christ for His church.